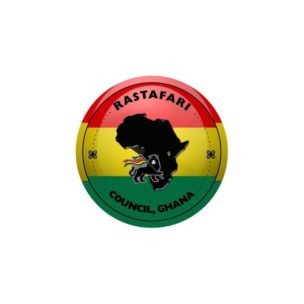 April 28, 2020 by rcgxadmin in Uncategorized

The sad news of the physical passage of a dearly beloved is unpretentiously painful and devastating, to say the least, more so when the ascended one is well-loved and highly respected.
Yet, with unmitigated Thanksgiving and Praises in our hearts and mouths, we still give thanks for a worthy life spent in Jah Vineyards, spreading love and togetherness amongst humanity and carrying aloft the Banner of Rastafari, which guarantees I n I the ultimate reward of transition into I-ternal Glory.

Late last night (April 27, 2020), RCC was informed of the glorious transition into Ancestorship  of our dearly beloved sister, Empress Mama Ijahnya Christian, which took place in her mother’s home town of St. Kitts, Antigua, where she had been undergoing treatment for cancer.

A native of Anguilla, in the Caribbeans, and a close relative of the blessed Robert Athlyi Rogers, the author of the Holy Piby, this formidable Empress who held a Masters degree in Adult and Post-Compulsory education lived in Shashamane, Ethiopia, which she also called home for more than a decade and a half.

While in Shashamane, she became the driving force behind the establishment of the All Afrikan Rastafari Gathering AARG, and also the main facilitator of the first and second editions of the AARG which held in Ethiopia in 2017 and 2018 respectively.

RCC remembers with fond memories the instrumental role she played in the organization of the Rastafari Continental Council Summit in Koforidua, Ghana, hosted by the Rastafari Council of Ghana, RCG, last May.
She was indeed one of a kind.

She also lived in her home island of Anguilla, where she established the Temple Crown Culture Yard, and had hosted a number of activities promoting Rastafari, including a workshop where Rastafari poets and artistes like Mutabaruka featured.
She was in her late fifties when she transited yesterday, April 27, 2020.

As we await further announcements from her family, RCC wishes to most sincerely commiserate with her immediate family (aged mother and children), living in St. Kitts, the people of Anguilla, the people of Antigua and Barbuda, the CRO and indeed the I dem in Shashamane on the passage of our most loved Matriarch, SoulJah and Icon, while praying that her unalloyed Labour of Love in Rastafari Vineyards across the globe remains a beacon of light to all of us she left behind, and also as a testament of her fruitful sojourn on mother earth.

Continue to Rise in Power and Glory Sister Ijahnya as you Rest with the I Majesties… Selah.