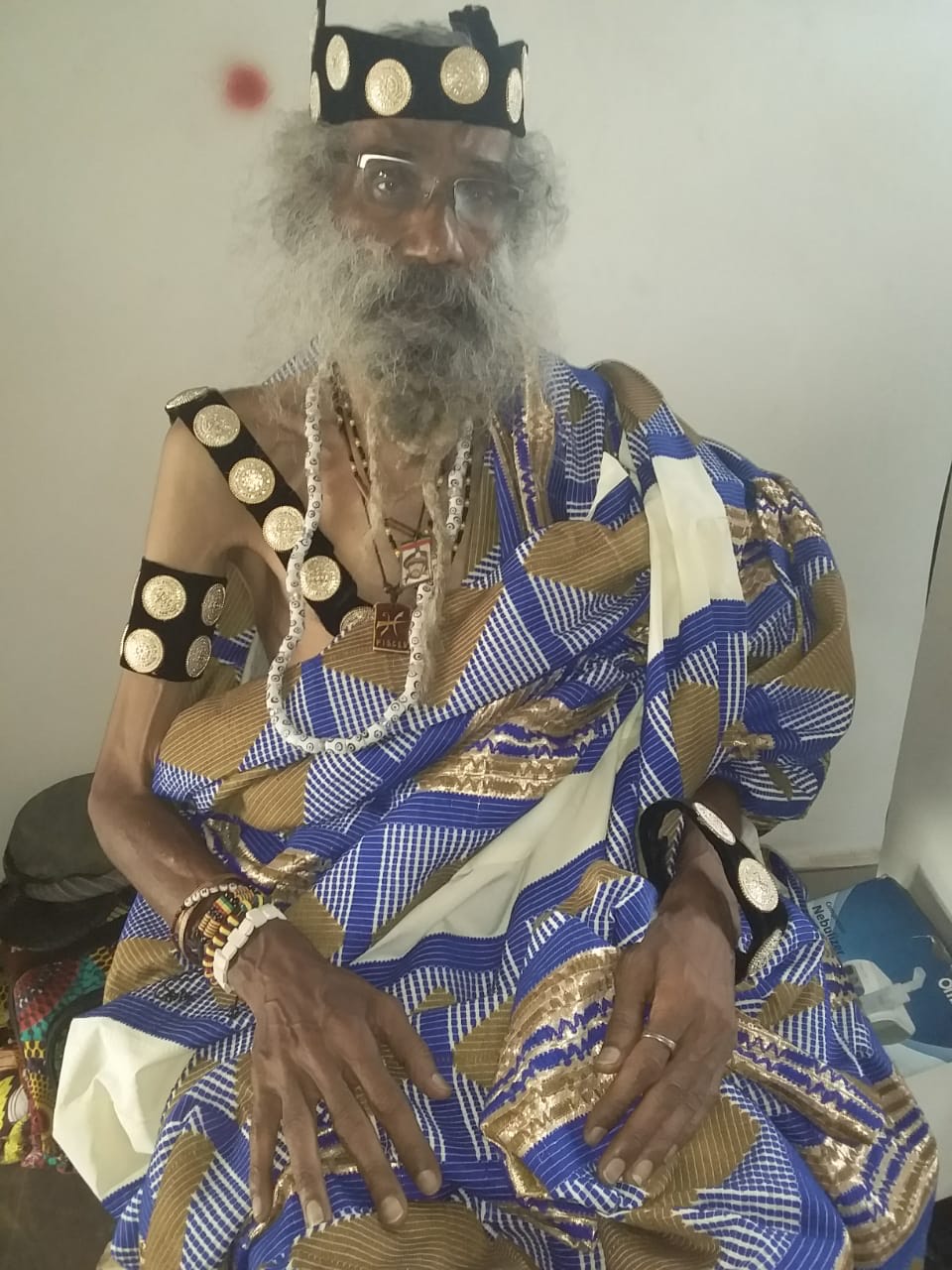 Ambassador Lennox Francis Franklin, Ambassador of Antigua and Barbuda to Ethiopia expressed his disappointment at the inexistence of the permanent commission responsible to implement the objectives of the International Decade of the People of African Descent(IDPAD) after the UN General Assembly in 2019.

Ambassador Lennox Francis Franklin aka Kwame Mwalimu Frank I Tafari now enstooled by the Ga Sowutuom Chieftaincy as Nii Ayeh Osabu Mpese I, made this known at the Kpando Technical Institute while delivering his keynote address to participants of the 5th National Rastafari Conference on March 2, 2020, themed “Beyond the Year of Return; the Role of Rastafari and Traditional Leaders”.

“In the light of the declaration of IDPAD and the CARICOM 10 point reparatory plan, we must make the 21st century the African century”, Ambassador Lennox said as he called on Africans across the globe to add their voices to the conversation involving the implementation of the demands of IDPAD.

The Caribbean Community (CARICOM) is an organization of Caribbean states and dependencies with the primary aim of promoting economic integration and foreign policy coordination. CARICOM through its Reparations Commission outlined a 10 point plan for reparatory justice, endorsed in 2014. The plan which is intended for European governments within the context of the slave trade and colonization, to offer a path to reconciliation and progress highlights a full formal apology, repatriation,   Illiteracy eradication, debt cancelation among others.

The “Beyond the Year of Return” program resonates with the declaration of IDPAD and the CARICOM 10 point plan, and the role the Rastafari must play according to the speaker is to be its mouthpiece. He urged the Rastafari Council of Ghana (RCG) and its affiliate organizations, like the Rastafari Continental Council (RCC), to call on African leaders and governments to push for the establishment of the permanent UN Commission in a demand for reparatory justice. He implored African leaders to establish an infrastructure that will work out repatriation as a viable enterprise; saying that repatriation has an equal significance not only for Africans living in the diaspora, and must not be mistaken for an act of begging but a statement of a moral obligation.

Ambassador Lennox, touching on the area of development and international relations called for a new leadership paradigm in development and relationship imperatives between the developed and third worlds. “The geopolitical climate which established the new world order is detrimental to Africans at home and abroad,” he said, citing the restrictions on banks in the third world as one evidence of the apparent inequality. He informed participants that this and other issues will be discussed at the conference between the CARICOM and the AU in Kigali later this year.

The sixth region of Africa with its 350 million people is considered one of the largest in the geopolitics of the world. Ambassador Lennox cautioned African peoples across the world to realize the geopolitical reasons for H.E Arikana Chihombori’s (Ex. AU Ambassador to the USA) dismissal after she strongly criticized the (neo) colonial powers and asked all to join in staging a strong campaign for her to be reinstated.

The Ambassador in his closing remarks commended Ghana’s President, H.E Nana Addo Dankwah Akkuffo Addo for the “Beyond the Year of Return” program and entreated Traditional leaders to support the initiative by providing lands for the settlement and integration of Africans from the sixth region, the Diaspora.

The conference was attended by 100 participants from Ghana, South Africa, Germany, and USA.